Global recruitment specialists McGregor Boyall have expanded their presence by launching operations on the East Coast, USA. According to reports, the Technology sector in the USA is the biggest in the world. It accounts for more than 8% of all regional jobs, with more than 12 million people working within the industry and an estimated market value of more than $1.6 trillion. The continued success of the region's technology sector and McGregor Boyall's desire to grow meant that North America was the next logical location for global expansion.

International Managing Director Richard Lett, who will head up operations in North America, commented on the expansion:

Our expansion into North America has come about due to the increased demand for primarily technology talent from our clients whom we have been fortunate enough to support successfully for many years. We are very excited about expanding our recruitment services even further into the US and bringing the same success to our existing and new client partners based in North America.

Richard launched our Middle East operation ten years ago and will now focus on establishing and growing McGregor Boyall's presence on the East Coast, USA. Richard has over 20 years of recruitment experience and joined McGregor Boyall in 2012. 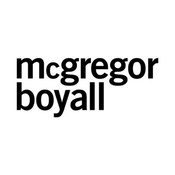